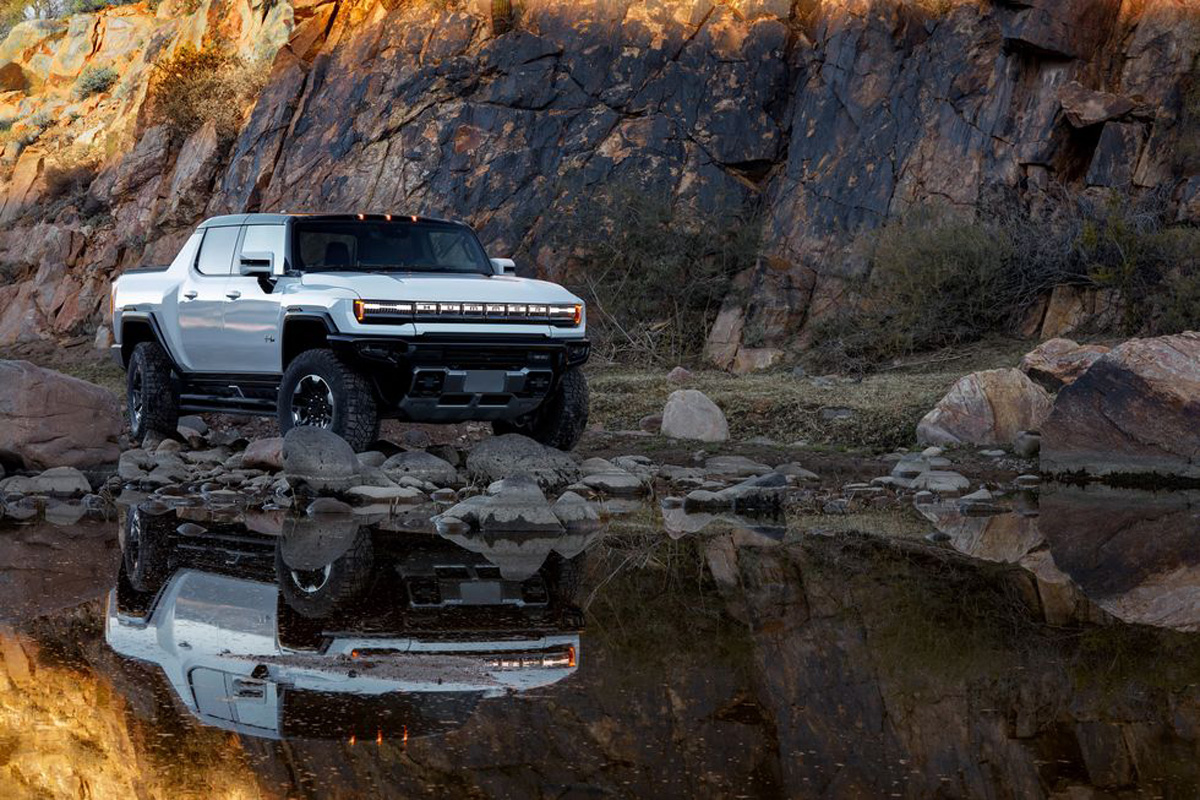 WHAT WEIGHS 9,000 POUNDS AND goes like hell? The answer used to be “nothing” but now it’s “the new Hummer EV Pickup”! Is 0-60mph in about three seconds good enough for you? How about all-wheel steering which can be adjusted at the push of a button to steer the front and rear wheels in the same or opposite directions? What can’t this vehicle do?

While many thought that the early Hummers were fun, to some they were the poster child for the profligate use of gasoline as they were big (especially wide) and were not very fuel-efficient (per the EPA, 10mpg city for the H2, 14mpg city for the H3). So what did GM do? They created the Hummer EV, pickup truck and SUV, which are 100% battery operated.

I had the great pleasure of spending a few days in the Arizona wilds (actually, some trail experience near Scottsdale, so we were at least five miles from the nearest In-N-Out, which qualifies as off-roading in the wilds for people from Los Angeles) with the Hummer EV pickup . . . and I was impressed. Although it weighs some 2.5 tons (almost 3,000 pounds of which are batteries), the Hummer EV moves with great alacrity, thanks to the instant torque provided by gearing and no-waiting electric motors. 0-60 mph is a about a three-second dash (let that sink in) and the electronically-limited top speed is about 105mph.

Of course, the performance is helped immeasurably by propulsion from power plants (different options, of up to 1,000HP and torque of some 11,500LB-FT — which is a GM estimate – your torque may vary). The handling is greatly 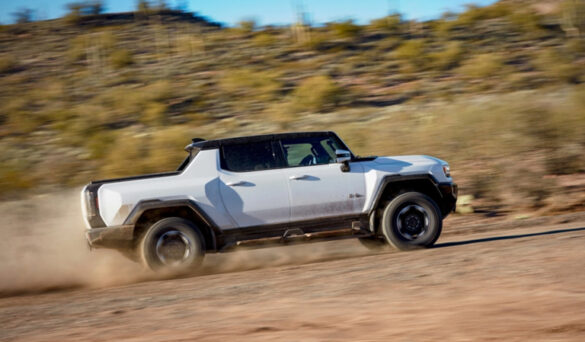 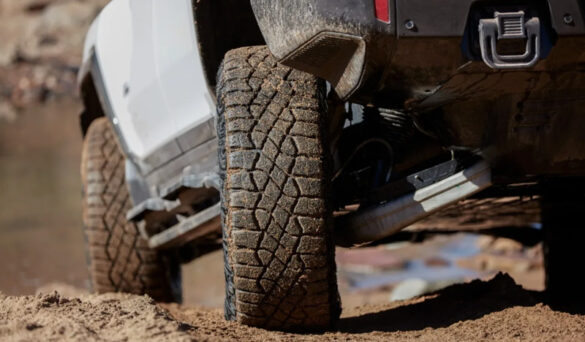 benefited by a special system which lets the rear wheels run in three basic modes – go straight no matter what; turn in the same direction as the front wheels; or turn in the opposite direction from the front wheels. Those options make for some fun experiences – the same-direction option creates the now-famous “crab walk”, with the rear wheels turning to one side or the other up to ten degrees from straight, and driving with that mode feels like one is ice skating in a controlled way. The opposite-direction mode is like a mini-hook & ladder and allows for the car to feel like it pivots around the center and is a great feature on ultra-tight turns on a mountain trail.

When anyone mentions an EV, the immediate question is “what’s the range?” With the Hummer EV, the range is up to 350 miles (GM estimate) and, better yet, using a fast DC charger, one will get about 100 miles of range for each ten minutes of charging.

The fit and finish of the EV is light-years (Star Wars and Toy Story references intentional) ahead of the earlier gas- or diesel-fired Hummers. The designers gave great attention to detail and included features like an incredible eighteen onboard cameras (providing a wide array of camera views, including forward- and rearward-facing cameras below the car, each with a remote washing system in case the lens gets dirty!) and a newly-created Bose system, which not only provides excellent sound track accompaniment but allows the driver to activate the “engine sound” options which add a certain additional layer of both visceral and aural feedback to the occupants. 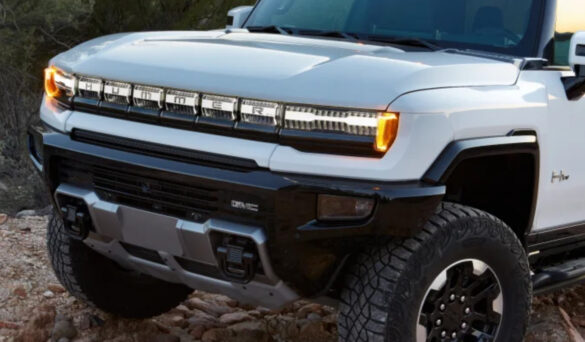 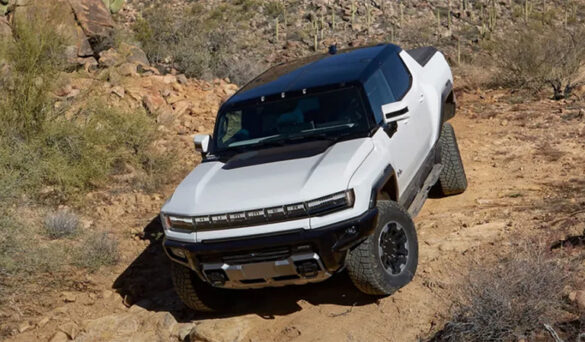 And should you be interested in communing more with nature, the available transparent roof is comprised of four “sky panels” which can be removed and easily stored in the “frunk” (which opens and closes automatically at the touch of a button). The Hummer EV has an automatic transmission but, especially with humongous wheels and tires (it comes with 35” Goodyear Wrangler Territory tires), the five driving modes (Normal, Off-Road, Terrain, Tow Haul and My Mode, a customizable setting, all available at the turn of a knob) and that fact that there was no need to get out in order to lock the hubs, it was really simple to choose the right combination of options for a particular section of the trail. The drive modes make things really simple as, with one choice, you can adjust the throttle sensitivity, power allocation, steering, ground clearance and even the sounds coming from the Bose system. For example, — going up a soft-packed twisty climb of what felt like forty degrees? Choose Terrain for an all-wheel drive experience with enough ground clearance, which is done just as easily as changing channels on the radio.

I expect to have a longer-range driving experience with the Hummer EV soon so I plan to update this article then, at least on my website. For now, however, I hope that you can tell that I am a big fan of the vehicle and expect that demand will continue to outstrip supply for a long time to come.